A devotional gathering conducted entirely in American Sign Language via a Zoom video call was perhaps the first initiative of its kind in the Baha’i community.

Austin Vaday, a deaf Baha’i in California, and Akil Raspberry, a deaf friend of the Baha’i Faith in Florida, had each expressed interest in having a devotional but didn’t know one another, says Naledi Raspberry, convener of the Baha’i Task Force for the Deaf and Hard of Hearing.

“We all got to know each other on a joint text call that Jason set up,” recalls Naledi Raspberry. “Austin agreed to host the devotional and Jason set up the Zoom call,” which was held in two parts on May 5  because of the time limitation Zoom places on free accounts.

In the first part, the six participants introduced each other. Akil Raspberry’s daughter Jaden and Tavoria Kellam-Lawrence, a member of the task force, joined Akil and Naledi Raspberry, Vaday and Schwartz on the call.

The second portion was devoted to sharing prayers. Vaday had posted the text of prayers to the chat feature of Zoom so others could sign them.

“We experimented with ways to clearly see the hands of the person signing on-screen, and Gallery View seemed best,” recalls Naledi Raspberry.

Afterward, the two deaf participants arranged to contact each other to schedule future ASL devotionals, says Raspberry. “Each was eager to invite friends. Children of deaf parents usually learn to sign before they learn to talk, and they can also be invited.”

The milestone event elicited praise from the National Spiritual Assembly, governing council of the Baha’i Faith in the U.S., which in a letter sent May 13 encouraged that this effort “continue from strength to strength.”

In its letter, the National Assembly expressed its “wish to commend all those involved for your creativity and perseverance, especially during these challenging times when spiritual connection is so important.”

The Assembly noted that the staff of the Baha’i House of Worship in Wilmette, Illinois, has been hosting daily pre-recorded devotional meetings “and would welcome occasional participation by someone reciting a prayer in Sign Language.” Among companies who donate to nonprofits in the United States, Amazon is … END_OF_DOCUMENT_TOKEN_TO_BE_REPLACED

Fry’s is another chain with a community rewards program … END_OF_DOCUMENT_TOKEN_TO_BE_REPLACED

One of toughest chores in managing a nonprofit organization is budgeting. … END_OF_DOCUMENT_TOKEN_TO_BE_REPLACED

In addition to contributions of cash, many of the Friends of Desert Rose … END_OF_DOCUMENT_TOKEN_TO_BE_REPLACED

No nonprofit organization can continue functioning without the contribution … END_OF_DOCUMENT_TOKEN_TO_BE_REPLACED

More Posts from this Category

Links to Bahá’í & Like-Minded resources on the web

The Bahá’í Faith- The website of the worldwide Bahá’í community
Bahai.us- Bahá’ís of the United States
BahaiTeachings.org- Personal perspectives and insights of individual Bahá'ís
Baha'i Blog- A community initiative and blog featuring Bahá'í-inspired arts, media, podcasts, and more
Bahá'ís of the world- Bahá'í Communities around the Globe
Mona Foundation-Supporter of Educational Initiative
Tahirih Justice Center-Assisting girls & Women Fleeing Violence
Rabbani Trust-raise and disburse funds to promote the spiritual and social well being of the whole of humanity.
Brilliant Star-empowers kids to be world citizens

Click on the map to be redirected to a larger map 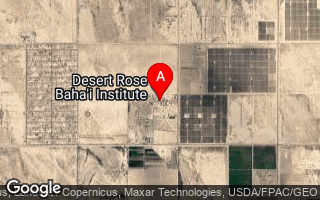 With the arrival of Covid19 to the United States, Desert Rose Board of Directors decided to halt all its programs. We were hoping that the stay-at-home orders will be terminated soon, and we can re-start the programs. However, we are in the first month of eased restrictions, but for the health of our residents, and your health as well, we still prefer not to have our programs on the premises.

As a pro-active Board, however, we are not sitting still. We are working on a few great ways to have new and exciting programs. We have broadened our concepts beyond the physical location, and we are about to enter new territory. More news is coming soon…

Use the contact form at the bottom of the page to send us your suggestions and ideas.